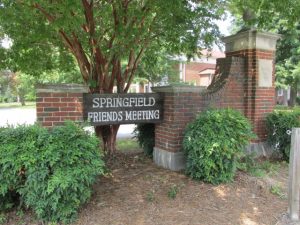 A meeting for worship was first held at Springfield in 1773. The land where our meetinghouse now stands was purchased in 1786 for the sum of five shillings. According to legend, the location was called Springfield because there were seven springs in the field below the hilltop where the meetinghouse is located. On May 1, 1790, a Monthly Meeting was set up at Springfield by New Garden Quarterly Meeting. There is no record of our first meetinghouse, but it was probably a log building. 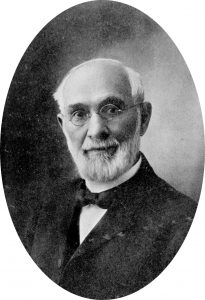 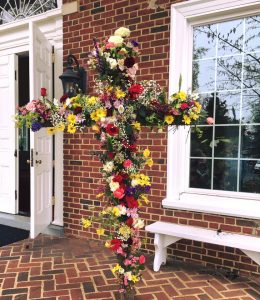